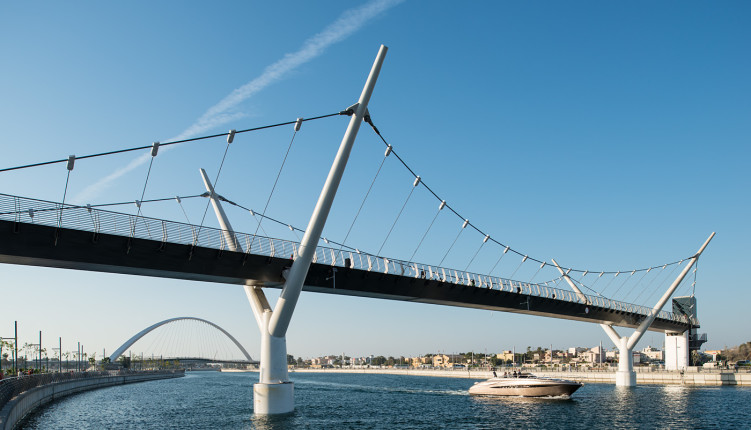 See a city in the midst of one of the world’s greatest urban transformations as it launches the Dubai Water Canal, a 3.2km long waterway which winds its way to the Arabian Gulf from the Creek in Old Dubai through Business Bay. Along its waterfront, the W Hotel, the St Regis and several range of new lifestyle & leisure areas. The new path effectively turns a significant part of the emirate into an island. 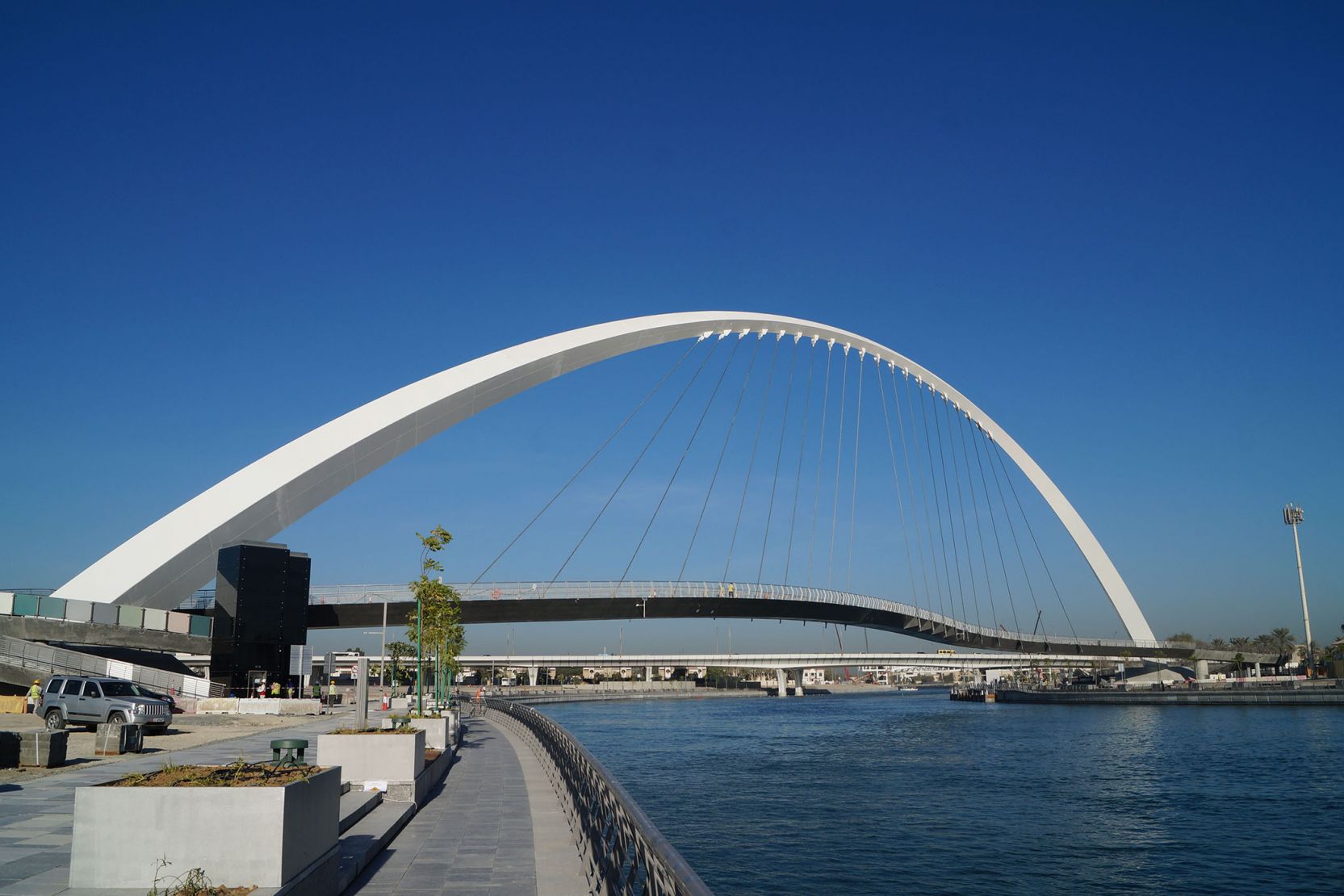 The Canal itself is a sight to behold. The 3.2km extension ranges 80 to 120m in width and cuts through Dubai’s main artery, the Sheikh Zayed Road, across Safa Park and into the residential Jumeirah district, connecting with the Arabian Gulf. This adds 6.4km of waterfront to the emirate and creates 80,000 sqm for public space and facilities, plus a 3km running track and 12km cycling path.
There is also a mechanical waterfall, where the Canal meets the Sheikh Zayed Road bridge. This motion-operated water wonder pumps water through the bridge in a constant flow, visible from the promenade, and can be switched off when a sensor detects a boat nearby. 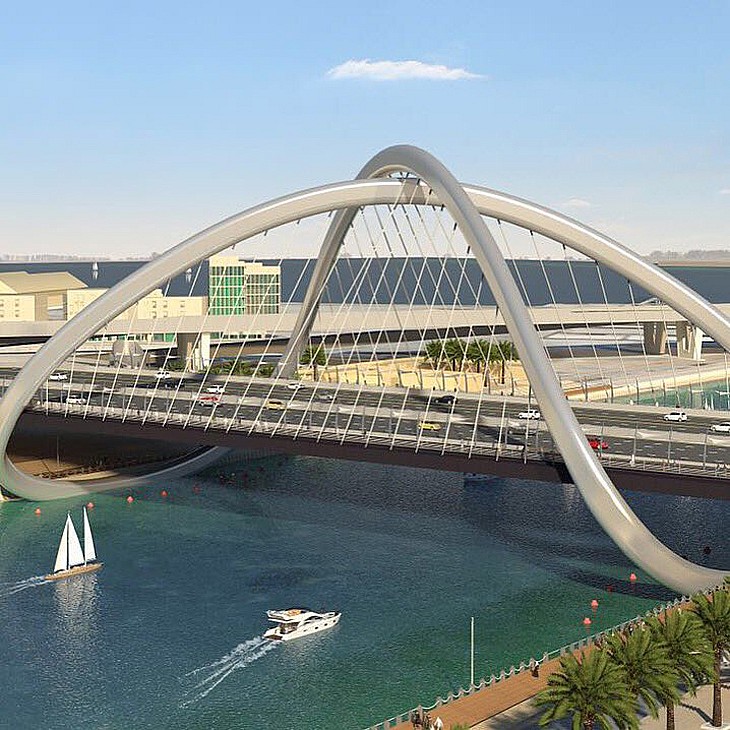 Five pedestrian bridges are also available, three across the Canal, allowing visitors to cross at key points, take in the stunning vistas and observe the passage of water vessels below. The area surrounding the Canal is slated to undergo massive urban development, including more than 5,000 residential units and nearly 960 hotel rooms as well as a shopping mall.
A man-made peninsula that will be formed at the end of the Canal will serve as an extension of Jumeirah Beach Park, adding one kilometer of sandy beach and increasing the recreational activity space. On the Business Bay end of the Canal, major development is underway to create a waterfront district to compete with Dubai Marina.